Here are some photos of sports stars: Sun Yang, Usain Bolt and Zhang Yining. Sun Yang from Hangzhou, China, won the 400-meter freestyle swimming race in the 2012 London Olympic Games. He became the first Chinese male swimmer to win a gold medal at the Olympics. He also won the 1500 freestyle race in a new world record time. These wins make Sun Yang the most successful Chinese male swimmer in Olympic history.
Usain Bolt, a Jamaican runner, is widely regarded as the fastest person in the world. He won gold medals in both 100-metre and 200-meter races in the 2008 Beijing Olympics and the 2012 London Olympics. In the 2012 London Olympics, Bolt won the 100-meter race in 9.63 seconds, breaking the world record of 9.69 seconds. Bolt became the first man in Olympic history to win the 100-meter race twice, breaking the world record twice.
Zhang Yining, one of the world’s best women table tennis players, won two gold medals twice, once in the Athens Olympics and again in the Beijing Olympics. All of them are great players in the world. 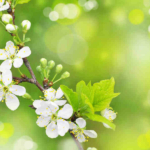