Dealing with Sadness
No one can be happy all the time. You may become unhappy sometimes, for example, when you fail an exam or when you lose one of your friends. It’s normal to have these feelings. If you don’t know how to deal with these problems, you may learn something from Jeff.
Jeff almost went mad when his elder brother was killed in a car accident. He refused to play soccer or go to the movies with his friends. Instead, he just sat in his bedroom and didn’t talk to anyone, even his parents. Jeff felt that the world was unfair. He was quite angry with the driver because his car hit his brother, even though it was an accident. After a few months, Jeff began to understand it was useless to be angry. Now he still misses his brother, but he doesn’t hate the driver any longer. He is beginning to talk to his parents and that makes them happy again.
He no longer stays in his room by himself. Instead, he goes to the movies or plays sports with his friends. He is feeling better now. 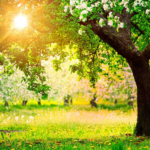 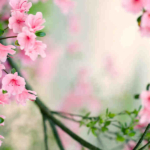