Creating music is a fascinating art project that can be all credited to the talent and mind of a single person. But with chamber music, the beauty lies in the collective efforts of several talented musicians who bond and show their individuality in every performance.

So, what is chamber music? How is it different from other forms of music?

Chamber music is a type of classical music that is composed for a limited number of instruments.

The musicians were set up to play in a palace chamber, and this is where it got the name. Keep on reading to learn more about chamber music.

What is Chamber Music?

Chamber music is a classical form of music that is generally composed so that there’s only one performer assigned to play each part. Nevertheless, it’s a collective or group performance, so it doesn’t usually include solo instrument performances.

The group of musicians usually gather in a room, a palace chamber, or a small theater hall. And because of its intimate nature, chamber music has been called the music of friends.

The kind of performance you expect a chamber music is close to a group of amateur musicians playing music in a home. Later on, this group of musicians moved to the homes of others.

Rich people and royalty were the first to invite musicians to their homes to play this music to their guests.

Later on, people took the music performances to concert halls where a bigger audience would enjoy it. Still, today more amateur and professional musicians play music chamber for their pleasure.

In addition to church music and theater music, chamber music is one of the three general classifications of classical music that were prevalent since the beginning of the 17th century.

How Did Chamber Music Start?

Chamber music is the logical evolution of instrumental music that was initially composed and played for home use, during parties, dinners, and other intimate gatherings.

In the middle of the 15th century, German musicians started to manipulate folk melodies by expanding them through a few countermelodies so a group of instruments could play them.

Another source of chamber music can be traced back to chansons which were arranged in the 16th century. These are secular songs that were composed to be performed by four voices, either accompanied by the lute or sung on their own.

Characterized by the contrast in their musical texture, chansons paved the way for other short compositions. This French music traveled all the way to Italy, where it was known as canzona. In Italy, the organ replaced the lute.

These types of music became more popular across Europe, where more musicians added ornaments to their music until it reached England in the 17th century.

At the same time, dance music was evolving in Europe, usually displayed in two modes, the duple meter tune to set the mood and the fast, lively triple meter tune.

Suites included four dances, where each one of them had its own melodic and rhythmic character. These suites were based on different tempos and rhythmic patterns. They later became the raw material from which chamber music formed.

The combination of the influence of the canzona and suites created works that were suitable for small instrumental ensembles.

Groups of stringed instruments were used for church music. The dance movements were removed to create what was known as the church sonata. At the same time, the German composer Johann Rosenmüller created a group of four to six dance movements that could be considered as the first version of chamber music the way we know it.

During the first half of the 17th century, the constitution of music ensembles that played chamber music varied considerably.

Some compositions were performed in a setup that contained between one and four viols, while others combined woodwind instruments with them.

In this case, the music would contain a bass line or continuo for a figured-bass accompaniment that was usually played by a harmony instrument like an organ, harpsichord, or a lute. Again, the figures indicated the nature of the improvised melody.

Work written for two violins and bass was known as the trio sonata. A quartet was also a popular form of chamber music and was usually made of three strings and the lute or harpsichord for bass.

Duos became popular later, where they would feature one instrument and the bass.

Groups of musicians began to perform their art on the streets, where serenades became quite popular. For these performances, the keyboard became impractical to use and was soon abandoned.

Quartets of three strings and a viola were widely spread to fill out the harmonies, and the bass was played by a cello. The string quartets made of two violins, viola, and a cello, were soon becoming a favorite of the most serious musicians of the 18th century.

During the mid-18th century, the string quartet became the most popular medium for chamber music. This setup was developed and refined by the Austrian composer Joseph Haydn and still remains immensely popular to this day.

In the late-18th century, other combinations for strings emerged, but they weren’t that popular. The string trio of a violin, cello, and viola, the quintet, which was a quartet plus a second viola, and the sextet, which was a quintet with a cello, started to become as popular.

During this period, the piano was beginning to replace the harpsichord. In most cases, it would improvise its part based on the directions in the figured bass.

As a result, keyboard instruments became more widespread in chamber music. The piano trio, which contains the piano, violin, and cello, became a popular setup, although some musicians wrote works that would only include a piano and one instrument.

Other non-standard groups found their way to chamber music. These included the clarinet quintet, which is a string quartet and a clarinet, and the septet, which included bass, bassoon, horn, clarinet, violin, viola, and cello. By the 20th century, a human voice was added.

How is Chamber Music Played?

Chamber music was described by Goethe as four rational people conversing since chamber music started as string quartet music. It usually starts as one instrument introduces a melody and the other instruments respond with a corresponding motif.

The modern standard chamber music setup includes the string quartet, two violins, viola, and violoncello. The other one is the woodwind quintet, which includes the flute, oboe, clarinet, horn, and bassoon.

The string setup is the most popular setup because string instruments are the closest to human voices, so they were considered to be the most expressive and are able to show emotions.

Regardless of the setup, chamber music has several characteristics that it has maintained since the mid-18th century till today.

Why Do Musicians Love Chamber Music?

Compared to soloists who play music on their own, in chamber music performances, the players need to interact with each other. Soloists can sometimes feel very lonely as they spend long hours every single day trying to perfect their art.

These performances can be emotionally draining for performers, even when they’re professional. But with a chamber music performance, the musicians establish good connections to support each other during a performance.

The instrumentalists form these connections on the stage and maintain the relationships even after the performance is over. They get to feel each other’s personalities throughout the performance and can help each other improve their own musical skills.

Musicians usually play chamber music during festivals and other celebrations. During these performances, they can learn from each other.

At the same time, some performers will love dealing with the challenge, especially if they’re dealing with more professional instrumentalists.

As a matter of fact, chamber music requires some special skills that aren’t that crucial in solo performances.

The repertoire from chamber music is the best in classical music. Due to the variety of musical instruments and their effects, there are several unique pieces that belong to this genre. These kinds of works are impossible to exist for solo performances.

The intimate experience of performing in a chamber music performance is considered to be so much fun for amateur and professional performers. Moreover, musicians enjoy their time when they play with others, and they also learn from this cozy experience.

What is the Difference Between Orchestra and Chamber Music? The main difference between these two types of music is related to the number of players. Chamber music is usually written for a group of performers, who could be two, three, four, or more.

Music performances are performed by duos, trios, quartets, up to nonets, and even more. This definition is still valid, although the modern definition states that chamber music is any music performed by a small group of musicians.

An orchestra is usually played by a larger group. In the modern sense, there’s also the term chamber orchestra. This is an ensemble that is big enough to play orchestral music but is still small in size compared to a regular orchestra.

The second difference between these two setups is related to what the players do. In chamber music, there’s generally only one player per part or playing this specific instrument. In an orchestra, there’s usually more than one player playing the same part.

For the same part, there could be two, three, four, or even more players playing the same instrument to add volume and depth to the music played. This is especially evident with string instruments.

What are the Most Popular Examples of Chamber Music?

Since it’s been popular since the 17th century, chamber music has gone through a lot of evolution. For example, Henry Purcell wrote 22 trio sonatas and more than 12 works that were designed to be played by three to seven viols.

Johann Sebastian Bach wrote more than 18 sonatas that were composed for a single instrument.

On the other hand, George Frideric Handel wrote more than 40 chamber music works, where 18 of them are solo sonatas with bass accompaniment, while the others are 22 trio sonatas.

The following works are among the most popular examples of chamber music. This serenade is composed of thirteen instruments, twelve winds, and string bass. It’s played in the B-flat major octave and is made up of seven movements.

This piece is nicknamed “Emperor” because, in the second movement, it includes variations of the God save Emperor Francis, which is an anthem he wrote for Emperor Francis II. This is a quartet that is composed of four movements.

This is one of three string quartets that were composed by the Russian composer. It has four movements, but the most prominent one is the second.

The second movement is famous for being melancholic, to the point that it brought the Russian author Leo Tolstoy to tears when it was played during a tribute concert.

The same movement had a significant impact on Helen Keller, the American author, who rested her fingertips on a resonant tabletop to feel the vibrations. 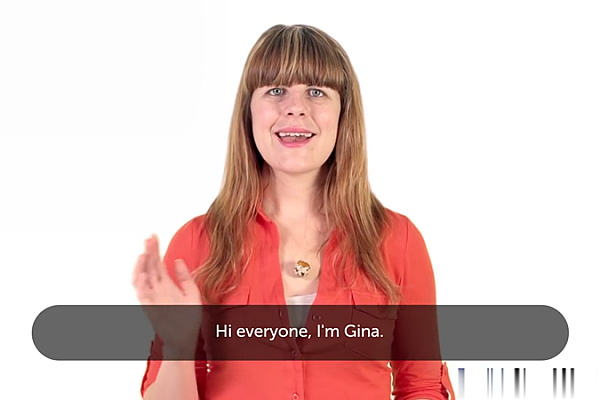 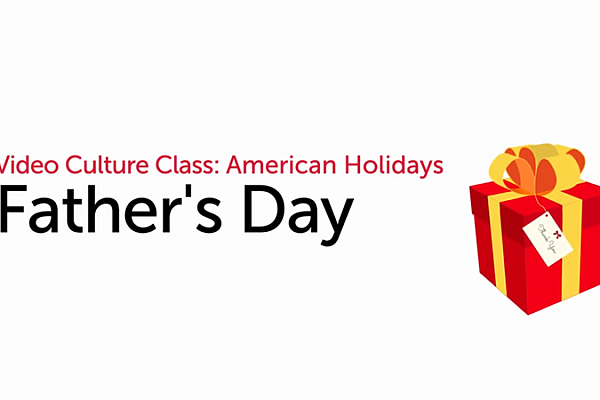 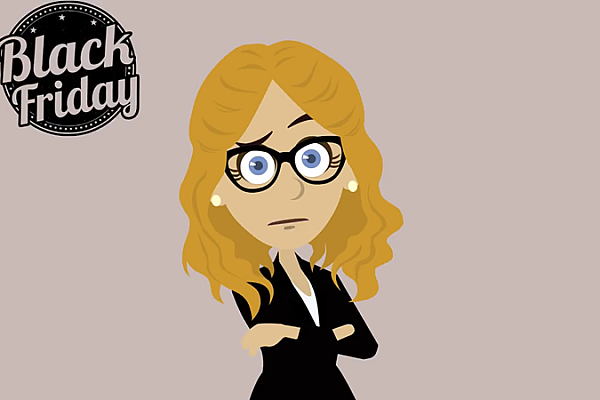